I posted a quick recap of our wedding exactly 4 weeks after the fact, so I’m going to continue that with our trip to Australia. The posts are listed chronologically on our Honeymoon page, so please start there. This post covers Monday, October 10.

We booked an evening flight up to Brisbane, so we had a full day in Sydney on Monday. Ree suggested we check out the new Westfield mall and especially the food court because she heard it was pretty swanky. We were not disappointed. As Wendy said, it’s what you’d expect from a food court in Dubai. 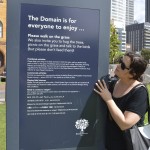 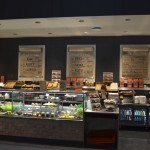 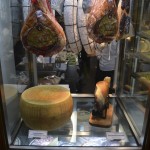 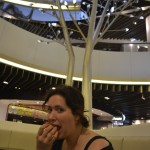 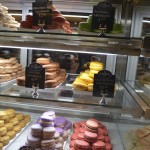 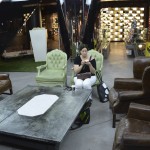 I tried to meet up with my old friends from when I lived in Sydney in 1999, but they all had families, moved away, and were generally unreachable because I’m terrible at staying in touch. But, by amazing coincidence, Ben and Madeleine from Vancouver happened to be in town so we met at Darling Harbour. 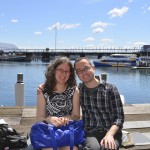 We wanted to return to bills because we enjoyed it so much on Friday. We knew roughly where it was and decided it would be nice to walk there. Unfortunately, we got so caught up in conversation that we missed a turn and were way off course by the time we realized what had happened. We did come across a design store with the wooden lamp shades that Wendy had admired in a few places, so I guess it wasn’t a total loss. Plus it meant we were able to further enjoy the neighborhood architecture and stop by the Bourke Street Bakery again and enjoy it some more because it wasn’t busy this time. 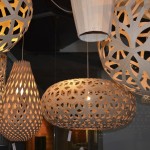 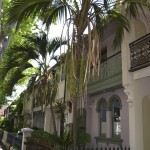 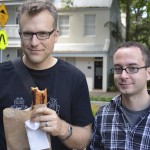 When we finally made it to bills, we were hungry and enjoyed a nice late lunch. 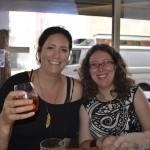 The pavlova was a big hit. 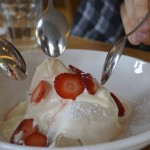 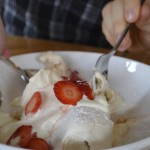 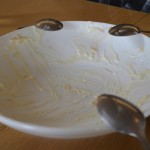 On Madeleine’s advice, we visited the Art Gallery quickly and then it was time to part ways. Wendy and I walked through the Botanical Gardens one more time to find the Wollemi Pine that our Blue Mountains tour guide Steve had mentioned. For a tree species that dates back to the dinosaurs, I was frankly expecting a little more show. It’s displayed nicely enough, but you’d never notice it unless you were specifically looking for it. But then, I guess a big fiberglass T-Rex chasing a triceratops might be a bit tacky. And Sydney is cool. 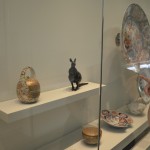 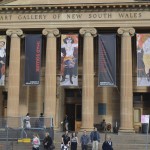 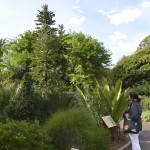 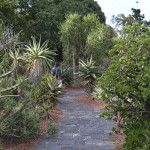 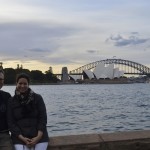 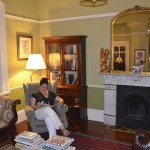 We relaxed back at the hotel until the taxi came to take us to the airport. Thanks to a confusing difference in daylight savings policy between Queensland and New South Wales, we gained an hour on our flight north to Brisbane, so it wasn’t even that late when we arrived.